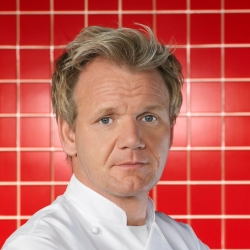 Gordon Ramsay, the continually cussing celebrity chef who has won 12 Michelin stars, is suing members of his wife’s family following claims that they used spyware to hack into his personal and company emails.

Chris Hutcheson, the father of Ramsay’s wife Tana, was sacked as managing director of the dirty-mouthed dough puncher’s restaurant empire last October, amid a blizzard of accusations from both sides.

According to media reports, Ramsay’s High Court writ claims that, with the help of an IT expert called Kevin Fung, Hucheson and other members of his family stole passwords with keylogging spyware, and used them to access confidential emails.

Hmm.. I wonder if Ramsay had a four-letter password?

It is further claimed that Jennifer Aves-Eliott, Gordon Ramsay’s personal assistant, was also targeted – with spyware capturing 1,868 snapshots of what was appearing on her computer screen.

Gordon Ramsay Holdings confirmed last November that 46-year-old Fung, from Leyton, East London, had been suspended from his post at the company pending an IT investigation.

It doesn’t sound to me like this is going to be a family feud that is ever going to be patched up.

If you want your own personal and business life to become less ugly than Gordon Ramsay’s, then one thing I would recommend is ensuring that you and your staff are on their guard against malware attacks, and keep your defences up-to-date.

Of course, if your own IT team are against you, things get much much trickier..