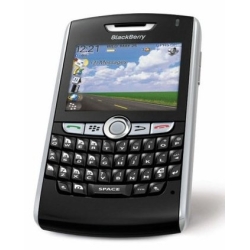 If it weren’t enough finding themselves (rather unfairly in my point of view) in the firing line regarding how the BlackBerry Messaging service (BBM) was being used by British rioters, with calls for the service to be suspended, RIM now finds itself with a different kind of BlackBerry image problem.

RIM, the firm behind the popular BlackBerry smartphone, has issued a warning that a number of vulnerabilities have been found in its enterprise software (known as BlackBerry Enterprise Server, or BES).

According to RIM, if the vulnerabilities were exploited by remote hackers they could run malicious code on the BlackBerry Enterprise Server run by many firms.

In this particular case, the threat is that BlackBerry users could be tricked into clicking on a link or visit a boobytrapped webpage, taking them to a malformed image file.

The risk is that by exploiting the flaw, hackers might be able to plant malicious code on your BlackBerry Enterprise Server that opens a backdoor for remote access.

Depending on how your network infrastructure is set up – intruders might be able to see into other parts of your network and steal information.

Alternatively, the hackers’ code might cause your systems to crash – perhaps interrupting communications.