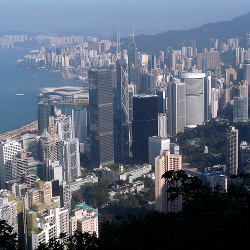 The Hong Kong stock exchange come under attack for the second day in a row on Thursday.

The exchange blamed a Distributed Denial of Service (DDoS) attack against its news web server, hkexnews.hk. Many investors rely on this site for up-to-date financial postings from companies trading on the exchange.

Charles Li, the chief executive at HKEx, said that the DDoS attacks were coming from a broad list of locations, likely indicating the use of a botnet. He mentioned that most of the attacking computers were not located in Hong Kong.

To prevent further disruption to the exchange, HKEx has implemented a plan to distribute its important financial news via a range of alternative channels.

Firstly, they will begin working with Bloomberg and Thomson Reuters to disseminate financial reports and statements to provide a wider variety of sources for investors.

Secondly, they will also begin publishing notices in the local newspaper about companies that are about to release statements, including URLs for those companies’ websites. This will remove the reliance on HKEx to distribute the statements.

My reaction is similar to yesterday’s: “Good job, HKEx.”

Mr. Li has been very forthcoming with the information needed most by those affected, and has implemented measures to ensure that this criminal operation will not continue to have impact on companies trading on the exchange.

This could not come at a worse time, as the global financial markets teeter on the brink of another recession. Nevertheless, Mr. Li appears to be taking a measured and appropriate response to the attacks.