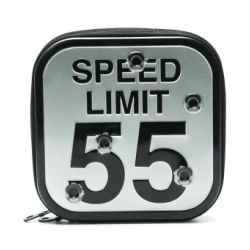 Computer users beware! There’s a new widely spammed-out malware attack, claiming that you have being fined for speeding in New York City.

The email, which claims to come from the New York State Department of Motor Vehicles, poses as a “Uniform Traffic Ticket” and says that you are charged with speeding at 7:25 AM on the 5th July 2011.

The message concludes that you should print out the attached ticket and send it to the court. Well, stop there right there! Because the attached file (called Ticket-O64-211.zip) contains a malicious Trojan horse, designed to download further malicious code onto your computer and compromise your security.

The truth is that although the email claims to come from an @nyc.gov email address, the details have been forged and the entire attack is designed to trick unsuspecting computer users into opening the attached file.

Sophos anti-virus products detect the malware proactively as Mal/ChepVil-A, and the ZIP file itself as Troj/Invo-Zip.

Users of other anti-virus products would be wise to check that they are protected, as this attack is being aggressively spammed out right now.

Don’t make the mistake of thinking only American computer users are at risk of attacks like this. As comments posted on Sophos’s Facebook page prove, users have been receiving these messages even when based on the other side of the world.

Even if you aren’t based in the United States, or even don’t drive a car, you may very well open the attachment out of curiousity and end up with an infected computer.