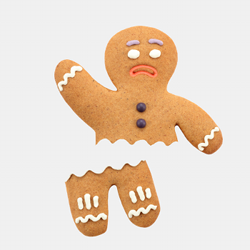 It did not take too long after I found out about the discovery of Gingermaster, the first Android malware to use the Gingerbreak exploit, to acquire a sample which was still available from a Chinese alternative Android Marketplace.

The package I downloaded uses the following permissions:

I was quite interested to find out how and why the Gingerbreak privilege escalation exploit, also known as CVE-2011-1823 is used.

Despite its Chinese origin, the Gingermaster malware is perfectly capable of spreading globally: I had no trouble installing it on my test rig and in the Android emulator. The malware purports to be an application which displays “Beauty of the day” pictures. The content is downloaded from a website, not packaged with the application.

(When I carried out my tests, the list of beauties also included photos of Lady Gaga – some celebrities seem to be truly global.) The server responds with the various configuration parameters including the update frequency and the update URL. The responses are just simple JSON objects.

In the assets folder of the APK file, Gingermaster includes three ELF executables and one shell script, all with the file name extension .png, presumably to make the exploit code slightly less obvious. The file names are gbfm.png, install.png, installsoft.png and runme.png. The malware also creates a file called gbfm.sh. This contains the the actual Gingerbreak exploit code, launched in a separate thread.

Gingermaster also generates an output log, called logcat, which contains information about what the malware has done so far:

If the root exploit is successful, the system partition is remounted as writable and various additional utilities installed, supposedly to make removal more difficult and allow for additional functionality.

One these utilities, installsoft.png, contains code to install Android packages using the command line version of the package manager.

This is an interesting technique which I have not seen before and nicely bypasses the Android permissions system by removing the requirement for declaring the “uses-permission” INSTALL_PACKAGES in the Android manifest file.

Of course, once a malicious process gets root, its powers are potentially unlimited.

The Android malware writing scene is heating up as the season of summer holidays is coming to its end. Last week, we received a record number of samples which are now waiting to be analysed in detail.

Hopefully, I will have enough time to document the more interesting ones and share them with you on NakedSecurity.

If you are an Android user, here are some security hints:

* Avoid alternative Android Marketplaces unless you have strong evidence they are trustworthy.

* Avoid applications which request more permissions than they need.

(Gingermaster claims to be an application which downloads “beauty of the day” pictures of celebrities from a website. Why would it need permissions such as WRITE_USER_DATA and MOUNT_UNMOUNT_FILESYSTEMS?)

* Email your vendor to urge them to update the OS on your device if they have not yet done so.