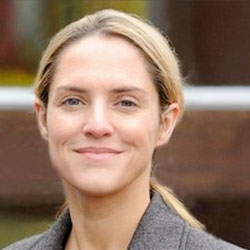 British MP Louise Mensch claims that members of the Anonymous and LulzSec hacktivist groups have threatened her children.

The Conservative MP, who has had a higher profile lately after questioning Rupert Murdoch as part of the investigation into phone hacking and her run-ins with Piers Morgan, posted a series of messages on Twitter revealing that her young children had been threatened:

Had some morons from Anonymous /Lulzsec threaten my children via email. As I'm in the States, be good to have somebody from the UK police advise me where I should forward the email. To those who sent it; get stuffed, losers.

Oh and I'm posting it on Twitter because they threatened me telling me to get off Twitter. Hi kids! ::waves::

I've contacted the police via the House of Commons and the email is with them now. I don't bully easily, kids. Or in fact at all.

In my opinion it doesn’t sound very likely that the threatening email (which hasn’t been released) was from Anonymous or LulzSec. Neither group has a history of engaging in physical violence, preferring to sit behind computer keyboards instead.

Furthermore, it seems very odd that Anonymous or LulzSec would send an email, when their normal practice is to post a message on Twitter or a link to a statement on PasteBin. My guess is that whoever has made threats against Louise Mensch and her family is simply using the banner of Anonymous/LulzSec as a flag of convenience.

Whether it was truly someone affiliated with Anonymous or not, a threat against someone’s children clearly has to be taken seriously – and Mensch was right to report it to the police.

Clearly someone, however, has taken a dislike for Mrs Mensch, who is also well-known for writing lighthearted chick lit novels under her maiden name Louise Bagshawe.

Last month it was revealed that an “investigative journalist” emailed her claiming to have photographs of her taking drugs with violinist Nigel Kennedy when she was working for record company EMI in the 1990s.

Mystery still surrounds who that journalist (if it was a journalist) really was.