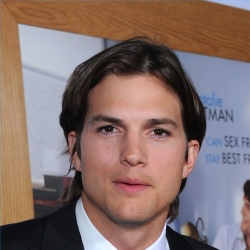 In a step which will be welcomed by its security-conscious users, Twitter has announced that it is beginning to turn on HTTPS by default.

Why is this important? Just ask Ashton Kutcher.

Kutcher attended the brainbox TED Conference earlier this year, and connected to the unencrypted WiFi hotspot provided. A nearby hacker, possibly using a tool such as Firesheep, was able to jump onto Kutcher’s Twitter session and post pro-SSL graffiti in his name.

So it’s great to see the following official statement from Twitter.

Other websites which handle personal accounts are waking up to the issue of HTTPS/SSL encryption too.

Google has led the way on enforcing HTTPS usage, with products like Gmail, Google Docs and Google+ already making an SSL connection mandatory.

HTTPS is still optional on Facebook, but there are hopes that the social networking giant will enforce its use later this year once third-party apps play ball.

And if you’re on Facebook, watch this short video by Naked Security’s Chet Wisniewski which shows how to enable full SSL/HTTPS encryption.