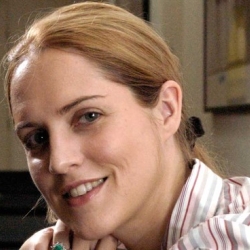 According to British police, a 59-year-old man has been arrested in connection with threats made against Louise Mensch MP via email and Twitter.

Earlier this week, British MP Louise Mensch claimed that she had received a threat against her children from the Anonymous hacktivist group.

Mensch, who under her maiden name of Louise Bagshawe has written a number of fluffy chick-lit novels, used Twitter to reveal that her family had been threatened:

Had some morons from Anonymous /Lulzsec threaten my children via email. As I'm in the States, be good to have somebody from the UK police advise me where I should forward the email. To those who sent it; get stuffed, losers.

Oh and I'm posting it on Twitter because they threatened me telling me to get off Twitter. Hi kids! ::waves::

I've contacted the police via the House of Commons and the email is with them now. I don't bully easily, kids. Or in fact at all.

The Met Police’s e-crime unit (PCeU), working with officers from the Palace of Westminster, arrested the man yesterday near Gloucester in connection with the malicious communications.

Of course, the arrested man must be considered innocent unless proven guilty, and we have no way of telling presently if he considers himself associated with Anonymous or not.

In a message posted on Twitter, the Tory MP said that the Anonymous and LulzSec names and logos were included in the email, but that she recognised that there were many different individuals forming the movement. The official statement from the Metropolitan Police about the arrest is published on their website.