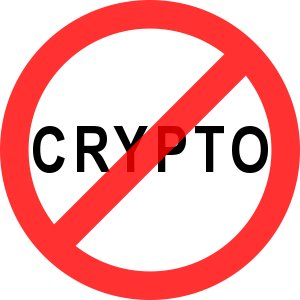 Pakistan newspaper The Express Tribune reports from Karachi that the country’s telecommunications regulator is pressing ISPs to comply with recent regulations which restrict the use of end-to-end encryption.

Any technology which conceals communications and prohibits monitoring, it seems, is off the menu.

The Tribune quotes a letter sent to it by an ISP which had been warned by the regulator:

In line with [the Monitoring & Reconciliation of International Telephone Traffic] Regulations 2010 and national security, [the Pakistan Telecommunication] Authority prohibited usage of all such mechanisms including encrypted virtual private networks (EVPNs) which conceal communication to the extent that prohibits monitoring.

The letter continues by reminding the ISP:

It is observed that the aforementioned directive has not been followed in true letter and spirit as EVPNs are heavily being used on the Licensees Network.

This concern over the inability of law enforcement to intercept or prevent communication between criminals and militants will no doubt resonate in other countries – notably in the UK, where services such as BlackBerry’s instant messaging came under the spotlight after the recent riots there.

Unfortunately, however, an internet in which encryption was banned altogether would be even more dangerous than what we have today.

You’ve probably heard the gun lobby’s truism that “if guns are outlawed, only outlaws will have guns.” Yet there are many countries where private ownership of guns – handguns, at least – has been heavily regulated or even banned outright without a concomitant increase in gun crime.

It’s tempting, therefore, to argue that if we can ban guns without endangering society, despite the vigorous warnings of a vocal minority, we can do the same with cryptography. Perhaps “if crypto is outlawed, only outlaws will have crypto” is just the crazy slogan of a bunch of libertarian survivalist cypherpunks with something to hide?

The problem is that banning every sort of ‘communications concealing’ technology online would destroy the very fabric of the internet’s law-abiding use. There would be no SSH, no SSL, no TLS, no HTTPS. There would be no WiFi security. Online commerce would implode.

Whether the private ownership of weapons is as big a threat to society as some like to make out is an argument for another day, because cryptography on the internet isn’t like handguns in the suburbs. In most developed countries, you don’t routinely need to pack a Browning Hi-Power when you visit your local bank branch. (Even in countries where that’s legal, the bank would probably make you lock it in a safety deposit box at the entrance, anyway.)

In contrast, you do routinely need to use an SSL-protected tunnel to the bank when you transact online.

Significantly, the bank needs you to do so, as well. And if you don’t, you’re actually playing into the hands of the crooks.

So the next time you hear a nanny-state advocate oppose the general availability of strong crypto on the grounds that “if you’ve got nothing to hide, you don’t need to hide anything”, don’t just sigh in dismay.

Confront them with the inanity of their remark. (Unless they’ve got a Browning Hi-Power. In that case, give a little smile and leave as soon as you can.)

* If you have nothing to hide, then it doesn’t matter whether you choose to hide it or not, does it?

* Online, you do have things to hide. And if you and the rest of us don’t hide it as a matter of course, the cybercrooks will plunder our economy more seriously than they’re doing already. In short, if you want to do away with online crypto, you’re making things easier for the crooks, not harder. And that, I’m sorry to have to say, is a truism.

Take cryptography seriously. Protecting your own online assets helps protect everyone else, too.

PS. Why not try our Sophos Free Encryption software? Try our free download today – it’s a direct download with no gates or forms to fill in. (Apologies to BSD, Linux and Mac users: Windows only.)