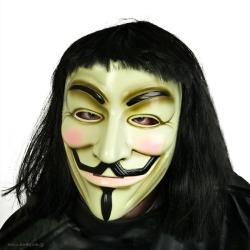 As one hacking suspect is denied access to his girlfriend, another is charged with a series of internet attacks.

A teenage boy from Chester has been charged by British police in connection with a series of internet attacks by the Anonymous hacktivist group.

The 17-year-old, who has not been named, is scheduled to appear next month before magistrates. According to a press release, posted on the Metropolitan Police’s website, the boy faces charges of:

Anonymous, LulzSec and other hacking groups have claimed responsibility for a series of DDoS attacks against government and company websites in the last year.

The teenager has been granted bail to appear at City of Westminster Magistrates’ Court on 7th September.

22-year-old student Peter David Gibson, of Hartlepool, County Durham, was charged with the same offence last week and is due to appear at City of Westminster Magistrates’ Court on the same day.

Meanwhile, the Daily Mail reports that a British judge has refused permission for suspected LulzSec hacker – Ryan Cleary – to see his girlfriend without his parents being present.

Under the conditions of his bail, 19-year-old Cleary is not allowed to leave his home address without an accompanying parent.

Cleary’s arrest in June was greeted with excitable news headlines, and he is alleged to have been involved in a distributed denial-of-service (DDoS) attack on the website of SOCA (Serious Organised Crime Agency).

Cleary and a fellow alleged LulzSec member Jake Davis, who was arrested in the Shetland Islands last month, are both bailed to appear in court for pleas on January 27 2012.

Clearly the authorities are taking their investigations into DDoS attacks seriously. Those who are considering participating in such illegal attacks might be wise to think about the consequences.

7 comments on “LulzSec hacking suspect denied access.. to his girlfriend”