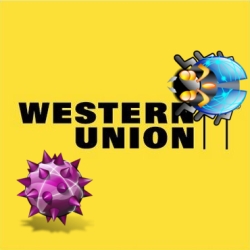 If you’re clued-up about computer security, it’s unlikely that you would fall for this scam. However, there are plenty of people who haven’t learnt to be suspicious of unsolicited emails and wouldn’t think twice about opening an attachment if they believe they’ve been sent some money via Western Union.

You can imagine how people might be especially vulnerable if they were overseas and expecting some money to be wired to them from relatives back at home.

Here is an example of one of the many malicious emails that has been spammed around the world today:

ATTENTION!
DEAR CONSUMER , You have received a remittance, more information about the money transfer is in the attached file.
Money Order can be cashed at any branch or bank in Your city
Sincerely , Westernunion

As you can see by the following snapshot from our labs, the subject lines and attached filenames can vary – but all claim to be regarding money sent to you via Western Union. Sophos detects the malware proactively as Mal/Zbot-CX, a Trojan horse designed to commandeer your computer and put it in the hands of remote hackers.

Always remember – keep your anti-virus software up-to-date and be more skeptical next time you receive an unexpected email promising money out of the blue.