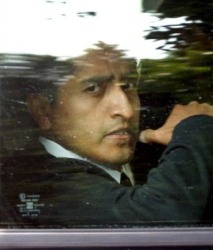 A man from Southern California who hacked into over 100 computers, and used personal information stolen from them to extort sexually explicit videos of young women and teenage girls, has been sentenced to six years in prison.

32-year-old Luis Mijangos, an illegal immigrant from Mexico who was living in Santa Ana, California, was arrested last year after a lengthy investigation by the authorities.

Mijangos infected his victims’ computers with malware, allowing him to gain access to their email accounts, turn on their webcam to take secret movies, and search their PCs for sexually explicit and intimate images and videos.

In some cases, Mijangos also posed as some of the victims’ boyfriends to convince them to send him nude pictures.

At this point, things got really nasty. Mijangos would threaten to post his victims’ intimate images online unless they provided him with more sexually explicit photos and videos for his personal gratification.

In at least one instance, Mijangos posted naked photographs of a woman on her friend’s MySpace page.

Mijangos, who is confined to a wheelchair because of a medical condition, was sentenced to six years in prison by US District Judge George King.

Before sentencing, Mijangos apologised to his victims:

"To all the victims I want to say that I'm sorry. I'm ready to do the right thing and stay out of trouble." Mijangos is far from the first hacker to take remote control of webcams to spy upon victims.