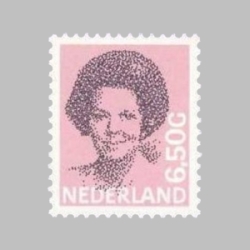 The release of WikiLeaks’ unredacted haul of 250,000 secret US diplomatic cables has thrown up an unusual victim: Queen Beatrix of the Netherlands.

Although unlikely to be the most harmful, the personal phone number of the 73-year-old Dutch monarch is just one of many pieces of information which probably would have been better not published on the internet.

(Note: I’ve blurred out the phone numbers in the image below)

Queen Beatrix, we are told, speaks good English. Well, that’s true for just about everybody I’ve ever encountered from the Netherlands.

Amongst those to have had their contact details exposed alongside the Dutch Queen include former Prime Minister Jan Peter Balkenende, foreign minister Ben Bot and Defense minister Henk Kamp.

Hopefully prank calls are the the worst scenario which might emerge from from these phone numbers reaching the public domain – but it’s an important reminder that it’s not just whistleblowers and secret informants who might find themselves affected by the WikiLeaks leak.

I suspect Julian Assange won’t be getting an invitation for afternoon tea at the Dutch Royal Family’s official residence any time soon.