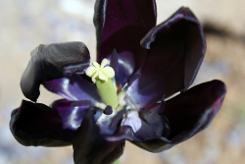 Fox-IT, the security auditors hired to investigate the compromise of DigiNotar, the digital certificate authority that signed fraudulent certificates for Google, the CIA and others, released their preliminary findings this afternoon.

It’s at least as bad as many of us thought. DigiNotar appears to have been totally owned for over a month without taking action, and they waited another month to take necessary steps to notify the public.

Fox-IT’s report shows that the initial compromise appears to have occurred on June 17th, 2011. On the 19th DigiNotar noticed the incident, but doesn’t appear to have done anything about it.

There are several very disturbing conclusions about security at DigiNotar and the investigation isn’t even complete yet:

The attacker left behind a message in one of the scripts used to generate the rogue certificates, arguably tying this attack to the earlier attack against Comodo back in March of this year.

Fox-IT analyzed the lookups against DigiNotar’s OCSP servers (which browsers check to see if a certificate has been revoked) and determined that during the active attack period more than 99% of queries originated in Iran.

This is the most solid evidence yet that these certificates may have been used by the Iranian government or ISPs to spy on private communications of Iranian internet users.

Many of the other requests not originating from Iran appear to have originated via Tor exit nodes or other proxies used by Iranians to avoid censorship.

This indicates that the method used to perform the man-in-the-middle attacks with these certificates likely depended on DNS poisoning at the ISPs.

While some folks are complaining that too much fuss is being made over this attack, it is far more important than many other stories that the security press have been obsessed with over the last two years.

This incident demonstrates in a real way the fragility of the SSL/TLS certificate trust model in use on the net today.

I hope adoption of replacement technologies like Moxie Marlinspike’s Convergence take off in a meaningful way to provide us with more confidence in the security of our communications.

We now know not to trust certificates issued by DigiNotar, but how many of the 600+ other certificate authorities have similar security holes and may already be compromised?