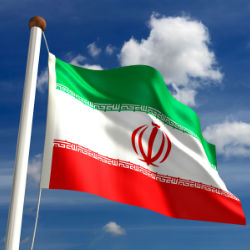 Google is advising *all* its users in Iran to change their Gmail passwords, and check that their Google accounts have not been compromised.

In a blog post, Google said that it was directly contacting users in Iran who may have been hit by a man-in-the-middle attack.

As you’ve no doubt been reading on Naked Security, the threat emerged after disgraced Dutch SSL certificate authority DigiNotar was compromised. As Google, correctly points out – it’s not just a question of changing passwords. Even if hackers who broke into your Gmail account no longer know your password, there are still things they could have done *while* they had access to your email which will allow them to continue to monitor your communications.

Similarly, it’s a good dea to check that no-one has been unexpectedly authorised to read and send email from your account. Although ensuring that their Gmail has not been compromised will probably be the most obvious concern for many users, it’s worth bearing in mind that other Google apps – such as Google Docs – could be at risk if you suffered from the man-in-the-middle attack.