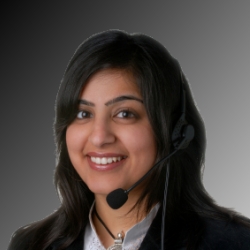 One of Microsoft’s Gold Partners has had its relationship with the software giant unceremoniously terminated, after being revealed to be orchestrating a telephone support scam.

Comantra, based in India, are said to have cold-called computer users in the UK, Australia, Canada and elsewhere, claiming to offer assistance in cleaning up virus infections.

The bogus support calls came from Comantra employees who claimed to be representing Microsoft, and used scare tactics to talk users into opening the Event Viewer on Windows, where a seemingly dangerous list of errors would be seen.

Once terrified by what appears to be a worrying collection of warning messages, and believing this was evidence of a malware infection, users would be tricked into allowing Comantra technicians to gain remote access to their computer, and hand over their credit card details to fix any “problems”.

In the past, vulnerable elderly people have even been told by scammers that heavy rain may have caused a computer virus infection.

What makes the scam particularly audacious is that during the scam campaign, Comantra were a certified Gold partner of Microsoft, and when quizzed by skeptical computer owners would use their status to trick potential victims into believing the call was legitimate. A search for “Comantra” on the internet finds a large number of posts and complaints about the scam telephone calls, stretching back over 18 months. Some users have even asked on Microsoft’s own message forums how it is possible for the firm to have “Gold Partner” status.

As PC Pro reports, a Microsoft spokesperson has now confirmed that Comantra has at long last been struck off their Gold Partner list:

"We were made aware of a matter involving one of the members of the Microsoft Partner Network acting in a manner that caused us to raise concerns about this member's business practices. Following an investigation, the allegations were confirmed and we took action to terminate our relationship with the partner in question and revoke their Gold status."

"There are no circumstances under which we would ever allow partners or any other organisations to pose as Microsoft. We view matters such as these extremely seriously and take immediate action if such behaviour is brought to our attention and found to be the case."

Hmm.. Maybe someone should tell Comantra to update their website and remove that Gold Partner logo? Listen to this great podcast by Sophos experts Paul Ducklin and Sean Richmond where they discuss the problem of fake tech support calls, and the ways in which you can avoid falling for scams like this yourself:

Also, make sure that your family and friends are on their guard against suspicious tech support calls telling them about infections on their computer – even if the callers do claim to be from Microsoft. It only takes a lapse of common sense for you to hand your credit card details straight down the line to a criminal.

More details on the Comantra case can be found in Nicole Kobie’s article at PC Pro.