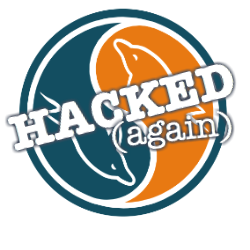 The MySQL.com website has been struck by cybercriminals, who hacked their way in to serve up malicious code to visiting computers.

Simply visiting the home page of the website, initiated a Java exploit that downloaded and executed malicious code on visiting Windows computers. No user interaction was required for PCs to become infected.

The hack was first publicly reported by security researchers at Armorize, and appears to no longer be present.

Brian Krebs reports that just a few days ago he noticed on a Russian underground website that a hacker was offering to sell admin rights to MySQL.com for $3000.

The attraction for malicious hackers is obvious – MySQL.com reportedly receives almost 12 million visitors a month (nearly 400,000 a day), meaning that there is a steady stream of potential victim computers visiting the site which could become infected through a drive-by download.

Sophos products detects malware served by the MySQL.com website as Troj/WndRed-C and Troj/Agent-TNV. However, because the malware pointed to by the cybercriminals could be changed at any time it is possible that other malicious software was distributed during the time when the website was compromised.

The infection is embarrassing to MySQL.com, which suffered another hack earlier this year. On that occasion, hackers exploited an SQL injection vulnerability to expose usernames and poorly chosen passwords.

Inevitably there will be speculation that a similar vulnerability may have allowed hackers access to the website on this occasion too.

For a website to suffer one hack may be regarded as a misfortune. To suffer twice in less than a year begins to look like carelessness.