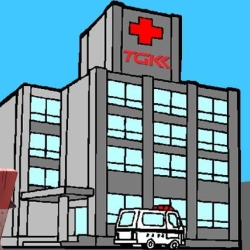 Police officers are once again finding their names, dates of birth and home addresses have been published on the web. Meanwhile, over half a million customers of a health insurance company have their personal data put at risk.

It’s a bad week for data security in Austria.

Almost 25,000 Austrian police officers are the latest to have their personal information exposed by the actions of Anonymous activists.

What is a cause for concern, of course, is that there is clearly the potential for officers – and indeed their families – to be targeted by vengeful criminals when data like this enters the public domain.

A group calling itself AnonAustria published a link to the data via its Twitter account earlier this week.

Austria’s International Police Association (IPA) has denied that the information was stolen from their systems, but an Austrian Interior ministry spokesman said that it came from an “association closely related with the police”.

For its part, AnonAustria has said that it is protesting against draft legislation that would require telecoms companies to store details of all phone calls and website visits for six months, making them available for police.

It isn’t clear presently whether the data was deliberately leaked to Anonymous hacktivists, or stolen through hacking. But regardless of how the data loss occurred, clearly police officers and their families are being put in unnecessary danger.

The risk is similar to that which over 100 US police officers found themselves exposed to, when Anonymous hackers published a database from the BART Police Officers’ Association.

Anonymous’s Austrian branch became notorious earlier this year, following a series of attacks against the websites of local political parties.

The hackers appear to be getting some merriment from the data loss incident, publishing a cartoon on their Twitter account: If we can trust AnonAustria’s word, a zipped up version of the database has been circulating for some six months already.

Individuals whose personal medical history has been exposed by this data leak will obviously be deeply concerned, and it wouldn’t be a surprise to see those responsible for the security breach receive substantial fines.

7 comments on “Names and addresses of 25,000 police officers published by Anonymous cell”