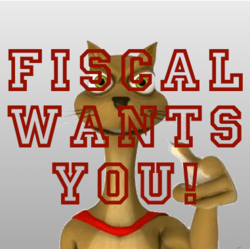 Project Synergy is the name of an ongoing annual series of conferences organised by the Queensland Police Service.

Sophos has been sponsoring, attending and speaking at these events for several years; we’ve also written about them numerous times on Naked Security.

We’ve written about Romanian card-skimming gangs, recounted the pain suffered by the victims of hi-tech crime, presented talks on the risk posed by apparently-innocent file formats, and warned about the growing tendency of cybercriminals to target those who can least afford to get scammed.

The Project Synergy events aren’t just for cops or law enforcement agents. Quite the opposite – the events are intended to bring together all of us who have an interest in helping to protect our economy from cybercrime.

If you’re an anti-virus researcher, a computer security consultant, a penetration tester, a fraud investigator or an auditor; if you’re from the financial sector, an ISP, a community group, a social media company, an online store (or, of course, from any branch of law enforcement), these events could be just the thing for you.

Both the size and scale of internet-enabled crime are vast, from the peddlers of fake anti-virus software who can suck in $72,000,000 by conducting nearly one million fraudulent transactions for just $75 each, to the financial scammers who spend months convincing targeted individuals to invest their entire retirement income in fraudulent schemes.

So, if you’ve got any interest in disrupting and preventing cybercriminality then you’ll know how big a task it sometimes seems.

You probably keep asking yourself, “How can I possibly make a difference on my own?” At the Project Synergy events, you get to meet a whole bunch of people – many of whom will become good contacts, probably even good friends – who will remind you that you aren’t on your own.

You become part of a virtual global team of people who share your goals. People who can help you, and whom you can help.

I’ll be heading up to the Gold Coast in Queensland, Australia, on Monday next week (03 October 2011) for the final event in this year’s Project Synergy series: the Identity and Hi-Tech Crime Symposium 2011.

I’m going to be giving a live demonstration of how Search Engine Poisoning works, and how to combat it.

By the way, there are still seats left at the event, rooms at the hotel where it’s being held (I just checked!), and a special delegate rate at the hotel. So, if you’re in this part of the world, why not give some thought to a last-minute registration?

It’s at the Royal Pines Resort on Queensland’s Gold Coast, and runs from Monday evening (03 Oct 2011) to Thursday early afternoon (06 Oct 2011). The fee is AU$1800, which includes a welcome party, a gala dinner, and luncheon plus morning/afternoon tea each day.

Hope to see you there!