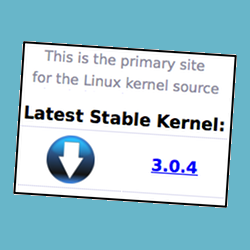 Just under a month ago, the official distribution site for the Linux kernel was taken offline following an embarrasing malware incident.

The brains behind the Linux kernel discovered malware on the PC of at least one kernel maintainer, as well as on some of the kernel.org servers themselves. (Yes, Linux malware. Not only in the wild, but on kernel.org!)

The good news is that kernel.org is back online. It’s not all roses, though. As the site itself remarks:

Thanks to all for your patience and understanding during our outage and please bear with us as we bring up the different kernel.org systems over the next few weeks. We will be writing up a report on the incident in the future.

I’m not sure whether the site’s extended recovery time is a positive or a negative result.

Clearly, the kernel chaps have refused to rush their comeback. That’s good.

But with many weeks already past, and some weeks still to go for a full recovery, you’d be forgiven for asking, “Where’s the legendary malware resilience in Linux itself?”

Nevertheless, whether you think the glass is half full, or half empty, I hope you’ll join me in saying, “Welcome back, kernel.org.”

3 comments on “Welcome back, Linux kernel!”