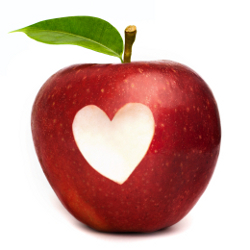 Beginning with OS X 10.7.2/Security Update 2011-006 for OS X 10.6 there are 75 known vulnerabilities that are fixed with these updates. Most could lead to arbitrary code execution, while others lead to denial of service or privilege escalation. It weighs in at a whopping 880MB with recovery download.

Vulnerabilities of note include:

This is good news as Safari should no longer open these file types by default. This trust was abused by fake anti-virus distributors targeting OS X earlier this year.

In addition to introducing iCloud support and all kinds of other great features, iOS 5 also had a slew of security fixes. My count includes 98 vulnerabilities fixed in this release, including the following noteworthy fixes:

Other patches released include Safari 5.1.1 fixing 43 vulnerabilities, Numbers for iOS fixing 2 vulnerabilities, 1 fix for Pages for iOS and 8 fixes for AppleTV (including DigiNotar root certificates being removed).

Update: More details about some of the Safari vulnerabilities have been published. At least of few of these are scary dangerous. If you use Safari on Windows or Mac, apply these updates immediately. While some users are reporting issues downloading these updates you should still apply them as soon as possible. It appears Apple is under a denial of service condition from the number of people attempting to update all at one.

Want to keep your precious Mac as pure and clean as when you opened the box? Download Sophos Anti-Virus for Mac Home Edition for free to keep it as good as new…