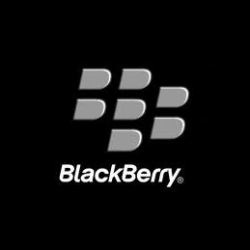 Millions of BlackBerry owners around the world have been feeling the pain this week as messaging and email systems collapsed in a service outage.

With many turning to social networks to vent their anger, and even newspaper cartoonists making fun of the situation, bosses at Research in Motion (RIM) have clearly been feeling the heat.

RIM founder Mike Lazaridis has appeared on video explaining that although services are “approaching normal BlackBerry service levels in Europe, the Middle East, India and Africa” the company can not give an estimated time for systems to have recovered globally.

Lazaridis has also warned that there could be more instability to come. Clearly BlackBerry users aren’t entirely out of the woods yet.

Things aren’t helped, of course, when nonsensical BlackBerry-related hoax messages are spread. A message has been distributed via BlackBerry Messenger (BBM) claiming that users have to forward the message to all of their contacts, or else their BlackBerry account will be disabled.

Broadcast this message to every single contact on your BBM to reset your display picture, sorry for any inconvenience. This message is to inform all of our users, that our servers have recently been really full, so we are asking for your help to fix this problem. We need our active users to re-send this message to everyone on your contact list in order to confirm our active users that use BlackBerry Messenger, if you do not send this message to all your BlackBerry Messenger contacts then your account will remain inactive with the consequence of losing all your contacts Symbol will automatic update in your BBM ,when you broadcast this message. Your blackberry will be updated within 24 hours it will have a new lay out and a new color for chat.

Of course, the message is nonsense – and it should not be forwarded.

If you need some cheering up, and want a more humorous take on a blackberry not working, check out this sketch by British comedy veteran Ronnie Corbett:

Update: RIM is now reporting that its services are “fully restored.” The BBC reports that at a press conference, RIM said they would begin a full investigation into what went wrong and caused the biggest crash in the company’s history.