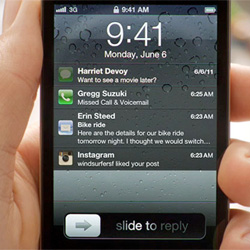 Apple has launched the much anticipated iOS 5.0 – the new version of its operating system for iPhones and iPads, complete with revolutionary new features such as the iCloud.

It should have been a great moment for the company, and something to put some cheer back in Apple fans’ hearts following the death of founder Steve Jobs last week. However, things aren’t going as smoothly and catch-free as the notoriously detailed-orientated company would perhaps like. Many users are finding that their attempts to update their iOS devices to the latest and greatest version of the mobile operating system are floundering, with users faced with error messages such as

during the install process.

Others are seeing messages related to internal errors 3002 or Error 3004.

Whatever the number, the problem has got so big that the phrase “Error 3200” is currently trending on Twitter.

Theories are bouncing around the net that Apple is simply a victim of its own success, and its servers have not been able to cope with demand for the new version of iOS, meaning that devices are failing to properly register themselves with the mothership. If that’s true, you might be wise to wait a day or two.

Unfortunately, Apple’s website isn’t being terribly helpful for any users searching for information about what the error may mean:

Come on Apple, surely you can do better than that?

Me? I have chosen to hold off upgrading my wife’s iPhone and iPad to iOS 5.0 – just as we haven’t updated our iMac at home to Mac OS X Lion yet.

Call me antediluvian if you wish, but I can’t really see the attraction in being an early-adopter. Security patches are one thing, but if something is working for me just fine, I don’t feel the need to install the shiny new version as soon as it rolls off the software vendor’s conveyor belt.

The risk is always going to be that there are still some wrinkles to iron out. I’d much rather wait until the teething problems have been sorted out, and then consider whether the new features built into Apple’s operating system are what I’m after.

This is hardly the most auspicious launch for iOS 5.0 and the much vaunted iCloud. And let’s not forget, if there’s an error 3200 you have to assume that there’s at least another 3199 error messages waiting to show their face to some poor users at some point in the future. 🙂