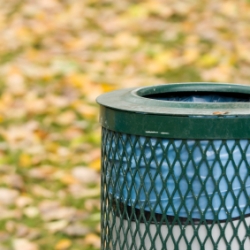 Cabinet minister Oliver Letwin has got himself into hot water, after a British newspaper exposed he was in the habit of dumping private correspondence and sensitive documents detailing Al-Qaeda activities and secret service operations into park bins near Downing Street.

The Daily Mirror reported that some of the documents dumped by Letwin in St James’s Park, Westminster, close to Downing Street, contained the personal details of the minister’s constituents, including names, phone numbers, email contacts and postal addresses.

One discarded file was reported to carry the advisory:

"UK Parliament Disclaimer: This email is confidential to the intended recipient. If you have received it in error, please notify the sender and delete it from your system."

One of the discarded documents is said to have described how Parliament’s intelligence and security committee – which examines the work of MI5, MI6 and GCHQ – “failed to get the truth” on Britain’s involvement in extraordinary rendition. Other documents related to Al-Qaeda’s links with Pakistan, Burmese human rights campaigner Aung San Suu Kyi, the Dalai Lama, and Libya and Afghanistan.

Letwin, who is in charge of developing government policies, has acknowledged that he sometimes disposed of copies of letters in the park but denied that they were “sensitive”.

So, here’s my advice to Mr Letwin in the form of an open letter.

I’d like you to introduce you to the concept of a paper shredder. My guess would be that they have some pretty good paper shredders at Downing Street, and indeed in your own office.

It would be sensible to use them – as next time it may not be the tabloid press who are picking up your rubbish after you.