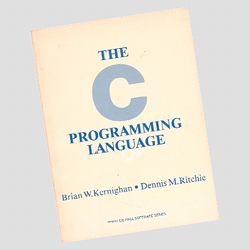 Dennis Ritchie, the researcher and computer scientist whom Wired farewelled with the headline The Shoulders Steve Jobs Stood On, has returned from main(). He died at his home last weekend.

Dr Ritchie can perhaps most succinctly be described as the inventor of C and the father of UNIX, work for which he and Bell Labs colleague Ken Thompson were jointly awarded the 1983 Turing Award.

But Ritchie’s work on UNIX was not just a kingly act of engineering.

It was also a masterful demonstration of what software developers can achieve if they set out neither with the intellectual arrogance of supposing they can reinvent the world, nor with the financial goal of forcing their programmatic predilections upon it.

As Ritchie himself modestly pointed out in his Turing Award acceptance speech – “our intent was to create a pleasant computing environment for ourselves, and our hope was that others liked it.”

(Unforgiving proponents of cloud computing – in particular, those especially brash sales people who won’t, and possibly can’t, perceive any other path forward – might like to bear in mind that Ritchie also noted, of UNIX, that “there were sociological forces that contributed to its success: […] it appeared at a time when alternatives to large, centrally administered computation centers were becoming possible.” Hold that thought!) Ritchie, with Thompson, went on to receive other major accolades for UNIX, including the 1998 US National Medal of Technology and Innovation, and the 2011 Japan Prize for Information and Communications.

However, Dennis MacAlistair Ritchie, or dmr, is probably best-known – especially to those who aren’t really aware of who or what he was – simply as the R in K&R, the colloquial name for the central religious text of C programmers around the world.

Ritchie co-authored the book with Brian Kernighan, another colleague at Bell Labs.

Of course, since Ritchie both invented C and wrote its definitive guide, he gets to decide its orthography.

So, in memory of dmr, let me remind you all that writing C code like this:

is not only unsightly, but also incontestably and unarguably wrong.

As Henry Spencer declares in his Ten Commandments for C Programmers: thou shalt make thy program’s purpose and structure clear to thy fellow man by using the One True Brace Style, even if thou likest it not, for thy creativity is better used in solving problems than in creating beautiful new impediments to understanding.

Do it for dmr!

And if you’re a modern-day manager of computer technologists, engineers and scientists, take some advice from Microsoft programming language guru Herb Sutter.

In his eulogy for Dennis Ritchie, Sutter praises dmr’s brilliance in creating the world’s first portable and efficient programming language, pointing out that “C is a poster child for why it’s essential to keep those people who know a thing can’t be done from bothering the people who are doing it.”

4 comments on “RIP Dennis Ritchie, inventor of C and father of UNIX”