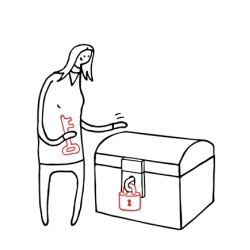 Google has launched a campaign promoting online safety, in association with the UK’s Citizen’s Advice Bureau.

The campaign, which will include adverts in newspapers, on public transport and online, is being run with the hope of encouraging internet users to take more care over their online activities – including using more secure passwords, and remembering to log out of websites when they have finished using them.

Awareness campaigns about online safety like this are important, as it’s clear that most internet users are pretty clueless about how to best secure their computers and surf safely online.

This isn’t because the public is disinterested in protecting themselves, but due to the fact that many people simply don’t know where to turn, or how to translate complicated buzzwords, geek talk and terminology into simple easy-to-understand English.

So, campaigns like Google’s “Good to Know” one are a *good* thing, as they translate sometimes complicated safety advice into simple terms.

Google, of course, has an interest in people not turning their backs on the internet – it wants users to feel safer online, as that will ultimately increase the popularity of the internet and help Google grow.

To their credit, Google provides a number of technologies to help users defend their accounts from being hacked – but only a minority of users seem know about them. If you haven’t already done so, check out my advice on how to stop your Gmail account being hacked, for instance.

It’s notable that part of the “Good to Know” campaign appears designed to reassure internet users about the data that Google collects about them to provide its services.

The critical thing, however, will be what I call my “Aunty Hilda test”. If the only people who hear about this advertising campaign are people who are already techie geeks or people who work in information security then it will have failed.

If, however, my Aunty Hilda hears about the campaign – and genuinely learns something about how to protect herself online – then it truly will have succeeded.

With cybercrime and internet fraud on the increase – it’s never been more important to raise awareness and give people simple instructions on how to be safer on the net.

You can find out more about the “Good to Know” campaign at www.google.co.uk/goodtoknow.