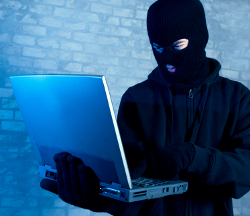 Early today Symantec published an inside look at a new targeted malware attack called Duqu. This might not be important news if it weren’t for its ties to Stuxnet.

Early analysis of Duqu shows it has evolved from the Stuxnet codebase. We shouldn’t jump to conclusions that it was developed by the same authors, but whoever created this malware likely had access to the original source code used to compile Stuxnet.

The components that were reused were not the pieces used to target SCADA/industrial control systems, but rather related driver files that provide the malware the ability to download additional components.

Symantec reports that after it retrieves the additional malicious files it is focused on gathering information rather than industrial sabotage.

SophosLabs confirms that the driver files are signed, similar to the drivers used by Stuxnet. In this case the certificate purports to belong to C-Media, a Taiwanese firm known for their embedded audio chipsets.

This may not be a coincidence, as Stuxnet used certificates that appeared to belong to RealTek and JMicron, two other embedded chip manufacturers in the same neighbourhood.

The mystery remains, however. Were these certificates stolen, or simply generated through compromised certificates to appear to belong to these organizations?

As with Stuxnet, it is too early to determine anything definitive about the who, why or what this malware was designed to do. I can assure you that the security industry will be analyzing these samples diligently to determine their intent.

Sophos customers are protected against the primary sample of this malware as Troj/Bdoor-BDA and the malicious driver files as W32/Duqu-A.

2 comments on “Duqu, son of Stuxnet raises questions of origin and intent”