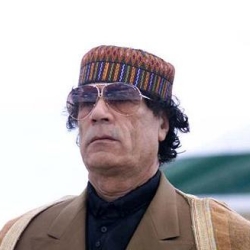 It’s not just malware authors who are taking advantage of the death of Libya’s Colonel Gaddafi.

Scammers and fraudsters are exploiting what they see as a money-making opportunity too.

It claims to come from one of Gaddafi’s cohorts, who says he is currently hiding in a small European country. Andorra? Liechtenstein? Vatican City? He’s not clear about that.

But what he is clear about is that he has millions of euros tucked away in a Spanish bank account – some of which he’d like to share with you, and some which he would like to use to set up an orphanage.

Ahh.. what a nice fellow! I wouldn’t recommend that you pursue this business opportunity, however. The email has all the tell-tale signs of a 419 scam or advance fee fraud.

Inevitably if you start communicating with this fellow he’ll begin to ask you for your personal information, maybe even your bank account details, and request that you send him money to cover expenses.

And you, and those orphans, will never see any of the money.

You may think it’s crazy that anyone would ever fall for such an email, but remember there are people who are vulnerable or elderly who might be tricked into believing that the offer is real – and end up losing a lot of money as a result.

4 comments on “Gaddafi email scam offers you millions, and to set up an orphanage!”