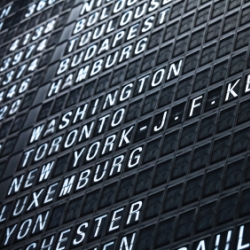 Email scams often take various forms – but typically they will claim that you have the chance to pick up millions of dollars (perhaps from Mrs Gaddafi, or a non-existent lottery, or a serviceman who has stumbled across a fortune while despots flee the country).

Victims are tricked into handing over money in advance (this is why it’s caused advance fee fraud) in the hope of receiving their supposed fortune. All they end up with, however, is a large hole in their bank account.

The following email scam that I came across takes a rather different approach.

Here’s a summary of the story that the email tries to sell you:

1. Police stopped a female diplomat at JFK airport, who was found to carrying a package to your doorstep.

2. The woman didn’t know what the contents of the package were – but it turns out it was a “huge amount of money”.

3. The diplomat is being detained until the police determine how the fortune came to be yours.

4. The police would like you to contact the person who asked the diplomat to take the money to you (they handily provide a Gmail address, an AOL address, and a Nigerian telephone number), as apparently if you forward a certificate from them the money will be released.

5. But if you *don’t* send the certificate you will be charged with money-laundering! Nasty!

6. “Thanks for your understanding and co-operation”

Hopefully you would never be tricked by such an email. But can you honestly say that you don’t know anyone elderly or vulnerable who wouldn’t be fooled?

The truth is that scams like this *do* make money and *do* fool some of the people some of the time. There’s an active industry of scammers attempting to defraud vulnerable people via email – so be on your guard and warn your friends and family.