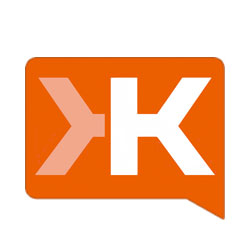 On Friday morning, Tonia Ries was dismayed to find, upon logging into her Klout page, that Klout is now listing her son as a person whom she influences.

Tonia Ries wrote about this for The Realtime Report, which reports on social media business and realtime marketing case studies, campaigns, research and statistics at TheRealtimeReport.com. In other words, and I mean this in the nicest possible way, since all of us bloggers fall into this same category, she’s a media wonk. She’s someone with a following whose business it is to make information public.

Because her son commented on one of Ries’ Facebook posts, he inadvertently stepped into this public realm where pundits live.

In other words, a young adult who has no Twitter account and goes to great pains to manage his online privacy now has a Klout profile.

This was all done, per Klout and other influence measurers’ modi operandi, without the profile subject’s permission, without his knowledge, and without a particularly healthy chance of his being able to opt out or deactivate his profile, because that is simply not the Klout way. It’s not that Klout doesn’t talk the privacy talk. It’s not like Klout doesn’t pay lip service to our supposed ability to delete our Klout accounts. We have Danny Brown to thank for the knowledge of how futile it is to trust that Klout will follow through, however.

Brown, co-founder and partner at Bonsai Interactive Marketing, wrote to Klout months ago requesting that his profile be deleted, per Klout instructions.

Here’s what Klout Marketing Manager Megan Berry told him back in August when he tried to delete his account:

“Klout collects public data in order to measure influence,” Megan wrote. “It is similar to how Google crawls websites in order to display them in their search results. We don’t display any information that isn’t available publicly on your Twitter profile and we do not collect any private data without your explicit permission. If you don’t wish your data to be public, you can look to your privacy setting on that network in order to change it.

As Klout states in its FAQ, “Klout collects public data in order to accurately measure influence. Users can control the data available to Klout by changing the privacy settings on individual networks.”

Oh, really? In which case, one would assume, one could adjust Facebook settings so Klout “will never access your private data unless we have explicit permission,” as the FAQ continues.

It sounds reasonable. It sounds like it would be easy to opt out, right?

No. As Danny Brown has demonstrated, it’s not easy to delete your Klout profile.

And as shown by myriad legal actions, Facebook is clinging to our private data even after users supposedly delete it. This has come to light most clearly in the complaints brought by Max Schrems against Facebook in the Europe vs. Facebook privacy war. Schrems found, after getting curious about what data Facebook was retaining on him, that it was, among other things,

* Retaining data on pokes after a user removes them.

* Collecting data about people without their knowledge, using it to substitute existing profiles and to create profiles of non-users.

* Gathering personal data – e.g., via its iPhone app or the “friend finder” – and using it without the consent of the data subjects.

As for Ries’ son, he apparently got caught up in Klout’s net because of Facebook’s recent platform changes – namely, the one that allowed users to specify whether their posts were visible just to friends or public or some combination of the two. As Ries describes it, whatever you used for your last post becomes the default for your next post.

“As a result, my Facebook posts are set to be visible to the public,” Ries wrote. “And when my son recently commented on one of my Facebook posts, so was his comment – and Klout used that comment to find him and create a profile on him.”

This should be disturbing to any parent. The Facebook page for Ries’ son won’t turn up if you run a Google search on his name + Facebook, nor via searching on Facebook search unless you have ample personal data on him.

But now, Ries says, “you can easily find him via a prominent link from the Klout profile of a relatively public person.

“I’m not a legal expert, or a privacy expert, so I have no idea whether laws are being broken here,” Ries writes. “But the idea that, just by virtue of the fact that he commented on my post, I am now exposing him, a link to his Facebook profile, and the information that Klout is pulling on his social graph – all in a far more public and visible manner than he would ever chose to agree to – is extremely disturbing to me.”

There are very good reasons not to participate in Klout. As Danny Brown rightfully points out, some companies are basing ill-conceived hiring decisions on Klout scores:

"If someone has a low score because they don't know they're on Klout, and get passed by for a job even though they're the best qualified, that makes your system screwy (it also doesn't say much for the research angle of the company in question)"

What does it take to get a low Klout score? Perhaps a low level of impact. Or perhaps a simple lack of willingness to make all your networks public so they’ll feed the gullets of Klout et al. Does that make you inconsequential?

In fact, when I was going back and forth with a client within the past year, the client requested all contributors’ Klout scores. That was the first time I paid any attention to it. I didn’t expect mine to be big. It wasn’t. It was an ignominious 22 out of 100.

Was it because I didn’t influence anybody? Well, no, more like I didn’t give a rat’s ass about Twitter. I still don’t, and I’m currently enrolled in a class on social media to try to turn my head around about that. Because I’ve dragged my recalcitrant self into occasional Tweeting, my Klout score had doubled as of a few days ago.

Who cares? My clients. People like Ries and me don’t have much choice to participate in this game, because influence is the coin of the media realm.

Does that mean that Ries’ son, assumedly a person unsullied with the taint of the pundit’s need to display influence on others, has no say in getting dragged into the public arena? Should anybody’s child be dragged into that arena without explicit opt-in?

No. And the least we can expect is that the ability to opt-out is uncumbersome and speedy: far speedier than the months that have dragged on for Danny Brown.

"To be clear, what you describe is not a bug, this the way public comments have always worked on Facebook. We think it's important for adults and minors alike to be aware that comments made in public spaces—on Facebook, elsewhere on the Internet, or indeed anywhere in the offline world—are, in fact, public. In particular, we spend a lot of time educating teens about how they represent themselves online and ensuring that they understand how to use our tools to control what they share. Separately, we're investigating the company mentioned here to be sure that they are in compliance with our Terms of Service."

It sounds kind of like blaming the victim, doesn’t it? Because unless a kid explicitly opts out, let’s face it: that kid is getting sucked in, whether he/she/the parents want it to happen or not.

17 comments on “Is Klout stalking your kids?”