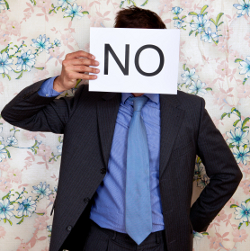 The Anonymous hacktivist organization’s Ibero-American wing has posted an update to its plans to unmask collaborators of the Mexican drug cartel Los Zetas, going so far as to post a series of security steps to attempt to protect bloggers participating in the #OpsCartel anti-cartel operation.

Anonymous Iberoamerica says it is creating a “special task force” by invitation only. It is advising members to send messages through a proxy server or through Tor and is pleading with members to avoid identifying themselves as part of Anonymous.

In addition, Anonymous has posted a widget that it claims will enable members to send “completely anonymous denunciations” regarding cartel crimes or corrupt authorities, which they pledge to investigate.

The move to protect its members comes after rumors that Zetas plans to hire narcohackers to track down and physically retaliate against the hacktivists.

Retaliation by this bloody, brutal cartel has already resulted in a body count: a man and a woman have been killed and hung from a bridge in Nuevo Laredo with signs warning against posting anti-cartel blogs.

Another anti-cartel blogger, a girl, was found beheaded in Nuevo Laredo. An Anonymous member previously claimed that Los Zetas abducted a volunteer who was distributing OpsCartel leaflets in Veracruz, although the claim is being questioned due to lack of a police report or the abductee’s identity.

The denunciations so far submitted to Mexican authorities only result in the narco-criminals having access to personal data, Anonymous says, which they use to assassinate people “with impunity.” “Anonymous will not allow this any more,” according to the site, “and this is the reason why we have decided to put in place our own system of 100% anonymous denunciations. By means of this widget, you can send completely anonymous denunciations regarding delinquency facts or news of corrupt authorities in your community, which we will investigate.”

“THIS IS NOT A GAME,” Anonymous is urging members. “Your life and the lives of others can be in danger. Be very careful, and avoid jeopardizing third parties.”

The pullback comes mere days before Anonymous had pledged to launch a publicity attack to out Los Zetas collaborators. “You made a huge mistake by taking one of us,” the group initially said in the first OpsCartel communique.

This is in reference to the alleged abductee, whom they claim was kidnapped during a street protest in Veracruz. “Release him. And if anything happens to him, you sons of [expletive] will always remember this upcoming November 5th,” the address in the video says, according to a translation provided by the Houston Chronicle on Saturday.

“We have seen reports that Los Zetas are deploying their own teams of computer experts to track those individuals involved in the online anti-cartel campaign, which indicates that the criminal group is taking the campaign very seriously. Those individuals involved face the risk of abduction, injury and death — judging by how Los Zetas has dealt with threats in the past.”

Stratfor Tactical Analyst Ben West points out that the drug cartel has targeted journalists in the past, but bloggers have previously been ignored, “likely because the information they post doesn’t have as much impact.”

That has obviously changed.

As with many Anonymous operations, moral impulse battles fear for individuals’ safety. Do we cheer on the brave bloggers who risk their very lives? Or do we urge these idealists to back off, to leave the investigation in the hands of U.S. surveillance teams? How can any of us argue with the Mexican people who’ve suffered at the hands of a corrupt government and a murderous cartel? Who dares say to these long-suffering people, “Stay at home, stay safe, leave it up to the authorities,” when the authorities have failed to protect Mexican citizens?

Here in Boston, when we walk the cobblestone streets, we pay witness to the scene of bloodshed when a new nation threw off the rule of what it considered its oppressors.

The Boston so-called Massacre was a rabble, a group of out-of-control youths throwing stone-packed snowballs at terrified British soldiers. Obviously, revolutions can be bloody. But history shows that what were considered rash youth well may be rebranded as visionaries as events unfold.

Still. Avoidable deaths are a horrific tragedy. We all should be profoundly grateful to hear that Anonymous is taking steps to limit the number of martyrs this righteous campaign claims.