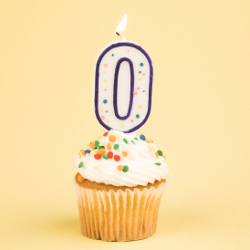 In the continuing saga of the malware known as Duqu, CrySyS Lab at the Budapest University of Technology and Economics has announced it was able to acquire a copy of the “dropper” from one of the victims.

What is a dropper and what does this mean? A dropper is a term used by anti-virus researchers to denote a piece of code that is usually installed onto a computer to download further malicious components.

Droppers are typically very small, are designed to evade detection by anti-virus and can sometimes contain exploit code used to inject themselves onto the target computer.

That is why this finding is important. Many analysts still have some doubts as to the relationship between Duqu and Stuxnet, but this piece of the chain of infection was missing. Now with a sample of the missing piece, we can put together a more coherent picture.

The dropper acquired by CrySyS used a Microsoft Word document that targets a zero-day vulnerability in the Windows kernel.

This is an important distinction, as the vulnerability is not in Microsoft Word itself, meaning this flaw could be exploited through other delivery mechanisms.

Microsoft has stated it is diligently pursuing a fix for the vulnerability used by this malware and hopes to provide it as soon as possible.

Given the targeted nature of these attacks and the fact that this malware is not a worm or virus, only the authors of the malware and the security researchers who have analyzed it have the information required to exploit this bug.

It is unlikely most of us would be exposed to any risk from this flaw, assuming Microsoft is able to promptly provide a fix.

Considering that we learned about Stuxnet through its spread beyond the author’s intended targets, perhaps the fact that Duqu was designed as a Trojan is intentional, so as not to repeat an earlier mistake. However, Stuxnet used four zero-day flaws, and Duqu is now known to use at least one. If additional droppers are found that impacted other victims of Duqu, we could find out that they exploit different flaws.

My advice? Stick with tightening your security belt (as I hope you already were) and be sure to apply the Microsoft fix once it is available. Sophos customers are protected against components of this malware by our identity Troj/Duqu-F.