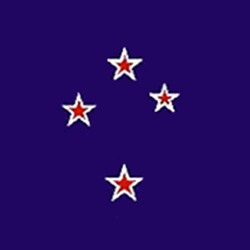 I’m currently in New Zealand for a variety of reasons, including attending Kiwicon, one of the best security conferences (OK, the best) in Australasia.

New Zealand has had a fair bit of coverage in internet-related news stories over the last past months, because the country’s parliament passed a controversial law earlier this year: the Copyright (Infringing File Sharing) Amendment Act 2011.

The Act received Royal Assent – meaning it formally passed into law – in April, but its provisions only became active two months ago, on 01 September 2011.

As the name implies, the new law is aimed at on-line piracy, and it works on what even the cricket-loving Kiwis are referring to as a “three strikes and you’re out” principle.

Loosely speaking, the Act compels ISPs to accept complaints about piracy from a range of copyright holders, and to pass those complaints on to their users in a formalised way.

Firstly, you’ll get a Detection Notice. Secondly, you’ll get a Warning Notice. And if there’s an allegation against you for a third time within a nine-month period, you’ll receive an Enforcement Notice. Importantly, infringements are the responsibility of the account holder, not the actual perpetrator.

The Act also has provision for an additional sanction against alleged “three strikes” offenders, namely cutting them off from the internet altogether.

(As in Australia’s last election, the internet has become a party political bargaining tool: if the opposition displaces the current government in New Zealand’s next election in 23 days’ time, it says it will repeal this so-called termination component. Big words, but not a huge promise. The opposition isn’t saying it will dispose of this unpopular law altogether, just a part of it that isn’t yet being used anyway.)

After a two-month warming-up period, the copyright holders have now started to use the law to their advantage. The first complaints have gone out to ISPs, and as a result – since the ISPs are mandated to pass on the allegations in the form of official notices – the first Detection Notices have reached the first alleged offenders.

As many a down-at-heel gumshoe has said in many an American crime novel, “You’ve been served.”