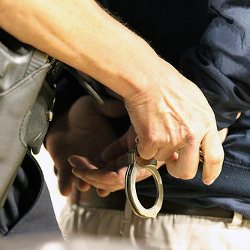 Butyka, who goes by the handle Iceman, is accused of unauthorized access to NASA systems, possession of hacking tools and causing the deletion, modification and restricting access to data.

The charges allege that the damages caused by his attack cost approximately $500,000.

Butyka is being held for 24 hours pending further review of the case and the computers seized from his residence.

This isn’t the first time NASA has been hacked, as many of our readers will recall this is what originally got British hacker Gary McKinnon in touch with the long arm of the law.

If NASA is repeatedly being hacked to the tune of half a million dollars plus each time, shouldn’t we be asking serious questions about the security of their systems?

While I agree that unauthorized access to a system is a punishable offense, isn’t there an even bigger problem lurking behind the firewalls at Cape Canaveral?

By my calculations $500,000 buys you a few top notch security experts with a fair bit of money left over for tools/software.

Of course this has happened multiple times, so perhaps we have a million or two to play with.

Wasting FBI and international law enforcement resources to continually track down attackers is a massive waste of money.

If Butyka is guilty he should be punished, but we should be asking some serious questions of the administrators at NASA.

I’m afraid the old expression “An ounce of prevention is worth a pound of cure” is something that should be discussed a little more often at NASA IT security.

3 comments on “NASA hacker arrested, perhaps it is time for some defense?”