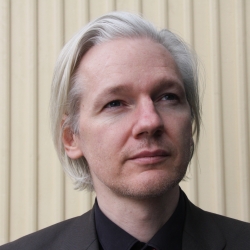 WikiLeaks has indefinitely delayed the release of a new system for whistleblowers to remain anonymous while submitting tips, according to a report from The Financial Times.

A new, more secure version of the electronic submissions system, which has been offline for a year, was scheduled to roll out on Monday.

In its Twitter feed over the weekend, WikiLeaks described construction of the new system as “very complex.”

Constructing the system is very complex. Due to the deteriorating state of internet security which directly impacts the ability of sources to communicate with journalists and human rights activists securely, WikiLeaks has decided to postpone the launch initially scheduled for Monday 28th 2011 in the interest of source protection.

WikiLeaks has taken a beating over the past year. The organization, founded by Australian citizen Julian Assange, has seen its SSL certificates penetrated by “various organised crime groups and intelligence agencies,” WikiLeaks reported, to the extent that online security has become “severely and irreversibly compromised.”

In fact, according to WikiLeaks, the entire SSL system, which is supposed to guarantee online security and anonymity, has been compromised. “SSL is beyond repair,” the organization says.

WikiLeaks will hold a press conference on Thursday, Dec. 1, as it launches a “new phase” in its operations

In the meantime, the US is gearing up to bring alleged WikiLeaks leaker Bradley Manning to court next month following 17 months of detention. Manning, a US Army soldier, was arrested in Iraq in May 2010 on suspicion of passing classified material to WikiLeaks. On Monday, WikiLeaks founder Julian Assange also Skyped in to the News 2011 Summit in Hong Kong to report that the US government has ordered him to destroy all material, published and unpublished, that WikiLeaks holds on them, and to stop using government insiders to gather fresh material, according to a report on the RT network.

But the animosity of the US toward Mr. Assange’s creation isn’t matched worldwide. According to Glenn Greenwald, writing for Salon, WikiLeaks last night earned what Mr. Greenwald calls “The Australian equivalent of the Pulitzers.”

The Walkley Foundation bestowed upon WikiLeaks the Walkley Awards for “Most Outstanding Contribution to Journalism.”

The panel cited the group’s “courageous and controversial commitment to the finest traditions of journalism: justice through transparency,” noting its revelations on a host of issues, from the war on terror to “diplomatic bastardry” with the use of new technology.

WikiLeaks applied new technology to penetrate the inner workings of government to reveal an avalanche of inconvenient truths in a global publishing coup.

Its revelations, from the way the war on terror was being waged, to diplomatic bastardry, high-level horse-trading and the interference in the domestic affairs of nations, have had an undeniable impact.

This innovation could just as easily have been developed and nurtured by any of the world’s major publishers - but it wasn't.

Yet so many eagerly took advantage of the secret cables to create more scoops in a year than most journalists could imagine in a lifetime.

WikiLeaks and its controversial head Julian Assange certainly divide opinions. Let us know your thoughts by taking our quick poll below.