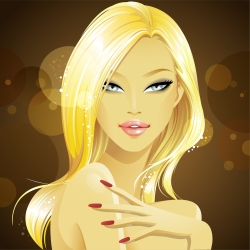 If you’re a Facebook user be on your guard against the latest worm reportedly spreading on the system.

First identified by Danish security researchers at CSIS, the worm appears to have been spread via malicious links on the social networking site.

The danger, of course, is that one of your Facebook friends may have had their account compromised (maybe they were sloppy with their password security, or gave access to a rogue application) and you might be tempted into clicking on a link seemingly posted by them.

Although the links pretend to point to an image, the truth is that a malicious screensaver is lurking behind an icon of two blonde women: When the code is run it attempts to download futher malware hosted on a compromised Israeli website.

At the time of writing, the malware is not present on the Israeli website (all that remains is a message seemingly from the hackers), but it is very possible that they are using additional websites to spread their malware attack.

Sophos products detect the malware as the Troj/Dloadr-DKK Trojan horse. If your PC becomes infected it is possible that you also have other malware on your computer, some of which may attempt to steal your banking information or compromise your PC in other ways.