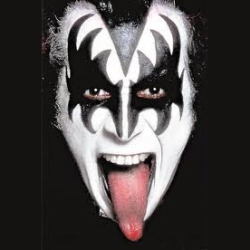 When the website of rock star Gene Simmons fell victim to a denial-of-service attack for five days in October 2010, the legendary KISS front man vowed revenge.

Yesterday, a 24-year-old man suspected of being linked to the Anonymous hacktivist group was arrested by the FBI in relation to the attack.

Kevin George Poe, of Manchester, Connecticut, was charged with conspiracy and unauthorized impairment of a protected computer.

Gene Simmons became the focus of hacktivists’ attention after he spoke on a panel about building entertainment brands at the MIPCOM convention in Cannes:

"Make sure your brand is protected. Make sure there are no incursions. Be litigious. Sue everybody. Take their homes, their cars. Don't let anybody cross that line, The music industry was asleep at the wheel, and didn't have the balls to sue every fresh-faced, freckle-faced college kid who downloaded material. And so now we're left with hundreds of thousands of people without jobs. There's no industry."

The KISS star’s opinions didn’t go down too well with many fans of P2P file-sharing, and his website genesimmons.com was brought down by the denial-of-service attack, before ultimately being redirected to the controversial Pirate Bay torrent site.

According to prosecutors, Poe – using the online handle of ‘spydr101’ – and others used the Low Orbit Ion Cannon (LOIC) to overload Simmons’s website and shut it down.

Some of you may have heard a few popcorn farts re: our sites being threatened by hackers.

Our legal team and the FBI have been on the case and we have found a few, shall we say "adventurous" young people, who feel they are above the law.

And, as stated in my MIPCOM speech, we will sue their pants off.

First, they will be punished.

Second, they might find their little butts in jail, right next to someone who's been there for years and is looking for a new girl friend.

We will soon be printing their names and pictures.
We will find you.
You cannot hide.

If convicted, Poe could face up to 15 years in federal prison.

Anyone considering participating in a denial-of-service attack might be wise to remember that it is against the law, and punishments can be severe.