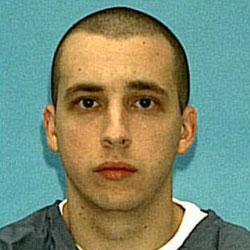 It seems like the plot twist in a bad TV show – but it’s true. A computer virus infection has helped a convicted killer get a new trial.

Many might have thought it was the end of story when, after an eight day trial, Chaviano was given a life sentence for the shooting of Carlos Acosta.

But when the courts recently investigated whether Chaviano had grounds to appeal his conviction, it was discovered that no legal record of the trial could be found – giving the Third District Court of Appeal no choice but to throw out the conviction and grant Chaviano a new trial.

Stenographers at trials normally record proceedings on both paper and an internal disk. You’ve probably seen them busy at work, tapping wildly in the corner of the shot if you’ve ever seen a courtroom melodrama.

But Terlesa Cowart, the stenographer at Chaviano’s 2009 trial, had not brought enough rolls of paper for her machine, forcing her to record details of the trial only on the device’s internal disk. Subsequently, she transferred the data onto her PC, and erased it from the stenograph.

You can see where this is leading can’t you?

An infection on Ms Cowart’s PC by an unnamed virus is said to resulted in the loss of the legal records.

As a result, the trial has to be reheard, costing time and money, and witnesses and police officers will need to give evidence once again. And, of course, the relatives of the deceased man will have to go through the heartache of another trial.

It seems very sloppy to allow the only record of a trial’s proceedings to be held on an individual’s PC – it’s like asking for trouble if it isn’t at the very least held securely as a backup elsewhere.

It’s claimed that stenographers in Florida have been resisting moves to replace them with digital recorders. Goofs like the one made by Terlesa Cowart are not going to do anything to help their argument.