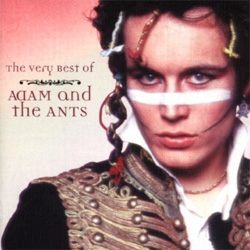 Messages have spread rapidly across Twitter and Facebook in the last few hours, claiming that the 1980s British popstar Adam Ant has died.

According to the messages, the musician – who had hits with songs such as “Prince Charming” and “Stand and Deliver” – died from injuries he sustained in a jet ski accident on the Turks and Caicos Islands.

Although some users are just tweeting their respects at the “news” of Adam Ant’s death, others are posting a link to what appears to be an online news report about the musician’s death. It’s a very sad story. Or at least, it would be if it was true.

Here’s what you see if you follow the link. Do you notice the “adam.ant” in the url? I wonder what happens if I change that to include my own name. Some small print, included at the bottom of the webpage in a tiny font gives the game away for anyone who hasn’t realised that the report is utterly bogus:

FAKE... THIS STORY IS 100% FAKE! this is an entertainment website, and this is a totally fake article based on zero truth and is a complete work of fiction for entertainment purposes! this story was dynamically generated using a generic 'template' and is not factual.

Of course, the sheer number of people tweeting out the link won’t have done any harm at all for the website – which presumably is earning revenue from the adverts plastered on its fictional news report.

No doubt this won’t be the last time that a rumour spreads quickly across the internet that a celebrity has died. Remember when Christian Slater was killed in a snowboarding accident? Or Tom Cruise fell to his death off a cliff in New Zealand? Or Johnny Depp came to a sticky end in a car crash?