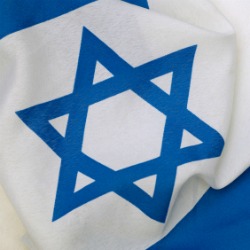 Following the publishing of credit card details from thousands of Israeli citizens, the government vowed to retaliate against cyber-attackers the same way it would treat terrorists.

On Thursday, a hacker named OxOmar claimed to have leaked compromised credit details of some 400,000 Israeli citizens. A group of allegedly Saudi hackers calling themselves Group-XP says they stole the data from popular Israeli sports website. One.co.il.

According to news reports, credit card companies said the number is much lower – more like 6,000.

Group-XP claimed to have redirected one.co.il visitors to a site where they could download the personal information.

According to a report from the BBC, there are reports of OxOmar being a 19-year-old living in Mexico.

The BBC claim an aide to Israeli Deputy Foreign Minister Danny Ayalon told Reuters that Israel “was aware of the report OxOmar may be in Mexico, but had not yet requested help from the Mexican authorities”.

The BBC quoted Mr Ayalon as saying that such a cyber-attack is “a breach of sovereignty comparable to a terrorist operation, and must be treated as such.”

According to the report, he gave no details on what such retaliatory action would entail but went on to say that:

Israel has active capabilities for striking at those who are trying to harm it, and no agency or hacker will be immune from retaliatory action.

Israel has, of course, often been criticized for harsh anti-terrorism tactics.

One recent example was the Gaza Freedom Flotilla.

In May 2010, nine people were killed in a conflict between Israeli defense and a flotilla of boats that may have been purely concerned with Palestinian humanitarian relief or may, as Mr Ayalon said at the time, have been organized by groups with terrorist ties.

Here’s what the deputy foreign minister said to The Guardian at the time:

The armada of hate and violence in support of the Hamas terror organisation was a premeditated and outrageous provocation. The organisers are well-known for their ties to global Jihad, al-Qaida and Hamas. They have a history of arms smuggling and deadly terror. On board the ship we found weapons that were prepared in advance and used against our forces. The organisers' intent was violent, their method was violent, and unfortunately, the results were violent.

The point being that when Israel says it will retaliate against cyber-attack as it does against terrorism, one assumes that the country’s leadership doesn’t rule out killing.

It is an increasingly dangerous time to be a cybercriminal.

In a parallel case of hackers vs. well-armed adversaries, it is also a dangerous time to be a hacktivist, as we saw when a Mexican drug cartel hired hackers to track down Anonymous bloggers, some of whom it then executed.

Would Israel do the same? Would it employ hackers to sniff out its cyber-attackers? Would it then kill them?

My guess would be that the country has already begun.

I can’t cheer them on, because the soft, liberal part of my mind says, for God’s sake.

It’s just ones and zeroes.

What are your thoughts? Am I being a squishy, naive liberal, or overestimating the fatal meaning of Israel’s vow?

Leave a Reply to had to say something Cancel reply