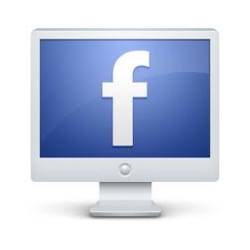 Facebook is a fertile breeding ground for hoaxes, spam and chain letters.

Users of the social network have to wade through a seemingly constant tide of messages shared by their well-meaning friends, making it hard to sort the wheat from the chaff.

Here’s an example that is spreading across Facebook right now, claiming that Facebook will pay three cents for every “Share” to help a baby with facial cancer. This baby has cancer. For every share, FB donates 3 cents to help him.

I’ve even seen some Facebook users admit that they don’t know if the story is true or not, but still urge their online friends to share it “just in case”:

The message is, of course, a hoax. Facebook is not going to do anything of the sort and even if they were so minded, there’s no information in the post providing any evidence that the story is true, or where in the world the child is.

As Hoax Slayer points out, the growth on the child’s face is most likely a birthmark rather than something more serious.

Furthermore, Hoax Slayer adds, the image has been circulating across the internet for some years.

Here’s another Facebook hoax that Naked Security readers have told us about today: If this 18-month-old girl picture gets 10000 shares her heart transplant is free.... please share!

As Steve Williamson explains on the Hoax Slayer website, the picture is of a baby called Zoe Chambers and her mother Julie:

"The caption on the circulating photograph claims that baby Zoe will receive a free heart transplant if the picture receives 1000 Facebook shares. However, this caption is a blatant lie. Zoe suffered from CHD (congenital heart disorder) and received a heart transplant operation in 2007. Sadly in July 2008 she passed away. Zoe's mother Julie is extremely upset by this cruel and totally unauthorised use of Zoe's picture."

We’ve seen similar hoaxes spreading on Facebook before, of course. Remember this little boy who allegedly only needed 100 shares to get his heart transplant? Clearly the “Facebook share -> heart transplant” exchange rate has got steeper in the last few months.

Please don’t re-share chain letters like this on Facebook – you’re just adding to the glut of spam messages on the social network, and by participating unintentionally encouraging your friends and family to follow bad practices online.

Instead, report the photograph to Facebook – maybe that will help them get a handle on the problem. Facebook is rich enough that if it did ever want to pay for a child’s medical treatment, they could afford to. They wouldn’t resort to distasteful schemes which rely on users liking and re-sharing posts.

33 comments on “Baby cancer and heart transplant hoaxes on Facebook”