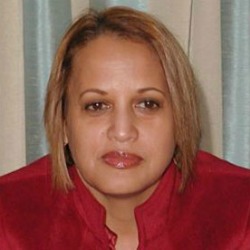 The United States has expelled the Venezuelan diplomat who last month was implicated in an alleged Iranian plot to launch cyber attacks against nuclear power plants.

The State Department on Sunday said it has declared the diplomat persona non grata and that it had notified the Venezuelan government of the decision on Friday.

Acosta Noguera has until Tuesday to depart, which is the standard 72 hours given under diplomatic procedure.

According to the TV report, from New York-based Hispanic television network Univision, Acosta Noguera participated in the alleged plot during her service as second secretary at the Venezuelan embassy in Mexico in 2007.

Univision’s report included secretly recorded footage of Iranian and Venezuelan diplomats being briefed on the planned attacks and promising to pass information to their governments, according to InterAmerican Security Watch.

InterAmerican Security Watch reported that a former computer instructor at the National Autonomous University of Mexico is infiltrated the plot and tipped off Univision:

A former computer instructor at the National Autonomous University of Mexico told Univision that he was recruited by a professor there in 2006 to organize a group of student hackers to carry out cyberattacks against the United States, initially at the behest of the Cuban Embassy.

In the secretly recorded meetings, the hackers’ list of possible targets included the FBI, the CIA, the Pentagon, and both military and civilian nuclear facilities.

The hackers told the diplomats they were seeking passwords to protected systems and needed support and funding.

The students also secretly taped Acosta Noguera asking for more information about the cyberattacks and promising to pass it along to Venezuelan President Hugo Chavez via his head of security, Gen. Alexis Lopez.

According to a report in The Miami Herald, Venezuelan press reports indicate that Acosta Noguera may have already departed in late December, soon after news broke about the allegations.

News of the alleged cyber-attack plotting came as U.S.-Iranian tensions were already high over Western sanctions over Iran’s nuclear program and Iran’s recent capture of a spy plane.

And the tensions continue: Media reports yesterday said that a judge in Iran has sentenced a US-Iranian man to death for spying for the CIA.