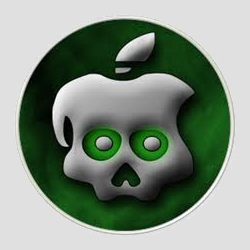 Apple’s most hacker-resistant hardware to date – the iPad 2 and the iPhone 4S, which are built around the Apple A5 chip – can now be jailbroken.

Jailbreaking means removing the limitations wrapped around the operating system by Apple.

In many countries – notably, since 2010, including the USA – this is perfectly legal.

(Apple is allowed to try to clip your wings, in order to force you to shop for software only at the company store; you are, in turn, entitled to try to escape from its fiscal tentacles.)

* You can examine the entire filesystem of the device, helping you gain a greater understanding of how its pieces – including its security measures – fit together.

* You can copy files of your choice to and from the device without limitation, and without agreeing to the iTunes licence agreement.

* You can build and run software – a lot of it free – from alternative sources, not just from Apple’s own App Store.

* You can install useful network services that Apple won’t allow, such as sshd (secure remote login) and a VNC server (screen sharing).

* If you’re a techie, you can have a lot more fun with, and learn a lot more about, your own device.

* You might make it much easier for hackers to break into your device whilst it’s turned on. (Apple ships every iPhone and iPad with two accounts, root and mobile, which share the password alpine. You’ll want to change these if you jailbreak.)

* You might install software which makes the device unusable. This could reduce or even eliminate Apple’s liability to repair your device under warranty.

* You’re more likely to come across malicious, experimental or just-plain-insecure software by mistake.

Critics of jailbreaking point out that the only iPhone viruses ever seen in the wild (Ikee and Duh) were for jailbroken phones. Indeed, if you’re an IT manager and you’re currently writing a Bring Your Own Device policy allowing users to access company data from their own iPads and iPhones, I recommend that you include a “no jailbreaking” clause.

But jailbreaking is, and ought to be, a right. Now, at last, you can jailbreak your iPad 2 or your iPhone 4GS running iOS 5.0.1.

At your own risk, of course.