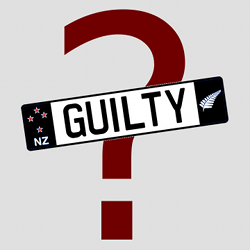 The FBI’s takedown of file sharing site Megaupload continues to make both headlines and waves.

Megaupload’s larger-than-life founder, who these days answers to the name Kim Dotcom, certainly likes to show off.

He and his crew ran a bunch of swanky, top-of-the-range cars with in-your-face number plates such as GOOD, EVIL, MAFIA, HACKER, STONED, GOD and GUILTY.

But whether Dotcom turns out to be GUILTY or GOOD, he’s certainly in a lot of trouble right now. He was arrested at his sprawling mansion home in New Zealand last week. If the FBI gets its way, he’ll be extradited to the USA to be charged with a whole raft of offences. The short version of FBI’s beef with Megaupload, or the Mega Conspiracy as the FBI describes it, is that the organisation generated revenue primarily as a side-effect of encouraging and rewarding the large-scale uploading and downloading of stolen content such as movies, music and complete TV shows.

Megaupload fans would say, “So what?”

And as for Kim Dotcom’s eye-watering spending on fancy cars, didn’t Google’s founders do a deal with NASA to park their private Boeing 767 at Moffett Field?

Therefore, an inveterate sharer might argue, Megaupload and Google are just two sides of the same coin.

The FBI and the US courts disagree. The affidavit lodged against the so-called Mega Conspirators paints a different picture:

In contrast to legitimate Internet distributors of copyrighted content, Megaupload.com does not make any significant payments to the copyright owners of the many thousands of works that are willfully reproduced and distributed on the Mega Sites each and every day.

Loosely put, the FBI’s position seems to be that Megaupload operated quite deliberately under a thin veneer of legitimacy, and nothing more. The rest, it seems, was all about robbing rights-holders blind.

If the allegations are true – and the indictment certainly seems to present a whole bucketload of evidence likely to trouble Mr Dotcom in court – then it’s hard to argue why the site should continue operating.

But the takedown has created a side-effect of another sort: legitimate users who no longer have access to their legitimate files stored in the cloud.

It's like confiscating everyone's mobile phone because terrorists used them. I don't think it's correct to penalise the technology because, based on that logic, shouldn't the internet be taken down, as this is how people infringe copyright?

Maybe. Or maybe not.

A company won’t be forced to shut down just because it suffers fraud by a third party. But a company can be forced by its creditors into administration (Chapter 7 in the US) for financial irresponsibility of its own, such as trading whilst insolvent. And when that happens, the doors are usually closed pretty quickly to prevent a bad thing getting worse. Trading stops; the business closes; assets are sold off; creditors may, eventually, get some money out. Or not.

Sadly, it looks as though our lecturer from WA needs to think in those terms, and to learn two painful lessons:

* Read the terms and conditions of any cloud service before you trust the sole remaining copy of your data to it.

According to the US Department of Justice, quoted in Ars Technica, “Megaupload clearly warned users…[that] they assume the full risk of complete loss or unavailability of their data, and that Megaupload can terminate site operations without prior notice.”

* Keep your own backup copy of important data anyway, even if your cloud provider promises they’ll guard it for you until the end of the universe.

Are your students worth so little to you that you can’t spend a dollar on backup?