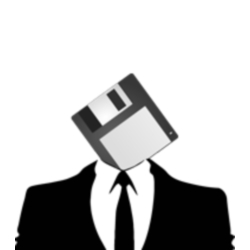 The takedown of the MegaUpload website, and the arrest of its founders on copyright infringement charges, certainly upset the applecart.

Earlier this week, for instance, we saw Anonymous launch denial-of-service attacks against US government and entertainment industry websites, tricking innocent people into clicking on links which recruited their unwitting computers into the assault.

In addition, legitimate users of the MegaUpload service were up-in-arms that they no longer had access to files that they believed they had safely stored in the “cloud”.

In response, a website called Anonyupload has sprung up, claiming to offer “100% free” and “100% anonymous” file hosting and file-sharing services. Bizarrely, on the front page of the AnonyUpload website – it explains reasons why you shouldn’t use it:

Anonyupload.com is a centralized service, when you upload files, they are stored in our hard drives, at a single location. And this is not good! It is the opposite of what the Internet is: decentralized.

There are many reasons why this is not good, the first is that some of you store personal information and files on machines which are not belonging to you, and that you do not have any control on. The second is that you are always going through the same wires, it means that someone could spy on it, monitors your activities, or decides to cut it off as it happened with megaupload.com. This can be avoided by using decentralized technologies, the first thing to do if you are interested in doing it, is to host your own content, on your own machines.

It’s better, says AnonyUpload, to store your data on your own computers.

But what a curious way to promote your new website. I think these AnonyUpload guys may have skipped a marketing lesson or two.

So, are there any reasons why AnonyUpload thinks I should use it?

Why anonyupload.com then?
Because it is fun and technically interesting, keep in mind that it does not target to become a replacement to megaupload.com. If we have a good economic plan with donations, and that we do not fail as soon as the site is launched, we will do our possible to keep expanding it, but let's try to not get into a huge system that only works with money.

Hmm. “Fun and interesting”. Not really, a good enough reason for me – and, I suspect, for others too. And is it really that fun and technically interesting to upload a file to someone else FTP’s server? I don’t think so.

For your safety, our infrastructure will be out of the U.S jurisdiction ( Russia ).

Oh well, that puts my mind at rest regarding safety.. I can just see myself reaching for my credit card to make a donation right now..

We have no way of knowing whether the Anonyupload site is genuine or not, and certainly Twitter accounts that have published messages from Anonymous in the past have denied any involvement in the site and urged people to stay away. The lack of official spokespeople, or any kind of hierarchy, may be attractive for the people who act under the Anonymous banner, but it makes it very difficult to determine whether any action is *really* being done by Anonymous or individuals who are choosing to simply use the name as a flag of convenience.

Any statement or action which claims to come “from Anonymous” has to be questioned, as it’s impossible to prove its veracity.

Put simply, any nutter can upload a message to the internet, or post a video on YouTube, or create a website, and claim to be “Anonymous”. And there are those in the media who might report it as such, seeing as they can’t prove otherwise.

Of course, it’s perfectly possible that the AnonyUpload website is flying under a false flag – pretending to be backed by Anonymous, for reasons best known to itself, designed to ensnare the unwary.

My advice would be to avoid the Anonyupload site, and certainly not donate any money. You don’t know whose pockets you might be lining, and as AnonyUpload’s own blurb makes clear there are “many reasons” why their service is “not good”.

15 comments on “Is the AnonyUpload file-sharing website for real?”