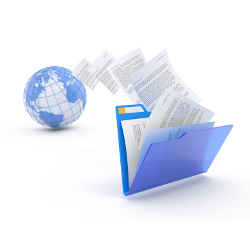 Major file sharing sites have freaked out, closing down or locking their gates to keep out U.S. IP addresses following the FBI’s Megaupload takedown over the weekend.

Since Saturday, when the file-sharing company’s founder, Kim Dotcom, was tossed into a New Zealand jail, similar sites have been taking unprecedented steps to avoid a similar fate.

Here’s a brief summary of those sites’ statuses, cribbed from Lifehacker, Torrentfreak, and The Washington Post:

Changed server location Jan 22, 2012. Has taken down its Facebook page. Now using Digital fingerprinting. Files are being deleted as soon as uploaded (as Hotfile did).

The FBI instigated the Megaupload raid that’s got everybody spooked. The agency is accusing Dotcom of masterminding a scheme that raked in more than $175 million by copying and distributing music, movies and other copyrighted content without authorization.

According to Reuters, Megaupload’s U.S. lawyer said the company merely offered online storage, planned to “vigorously defend itself” and was trying to recover its servers to get back online.

Whether or not they come back online, it is clear you should keep backups of important files safely in your own hands and choose your friends in the cloud carefully.