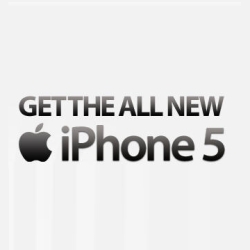 It’s widely anticipated that, at some point this year, Apple will announce the iPhone 5.

What it will look like, and what new features or technology it will include, remains a closely-guarded secret in Cupertino – not that that is going to stop Apple websites and fanboys speculating rapidly.

But if you’re a scammer you don’t need to wait for an official launch from Apple. You can start using the mythical iPhone 5 as bait right now.

Take this scam, for instance, which we have seen on Tumblr. We are happy to announce that Tumblr and Apple have joined together in a promotion to giveaway FREE iPhone 5's to each one of our users!

CLICK ON THE LINK BELOW TO GET YOUR OWN

Be sure to reblog this post so that others will have the same opportunity to get their own phone. Nothing better than starting your day off with a gift from us. We hope you enjoy!

Wow! Is that really true? That every user of Tumblr can claim a free iPhone 5? That would be pretty big news if it were true (and a strange marketing move by Apple).

Of course, the message is not true, and the post isn’t really by Tumblr’s staff.

If you click on the link you are taken to a scam webpage that breathlessly claims that the new iPhone 5 includes:

But they’ll put the pressure on you if you’re not tempted and try to browse away from the page, displaying warnings that if you don’t take the five minute survey, you’ll be missing out on the chance of receiving Apple’s latest gadget. The scammers want you to enter your email and other personal information. You have no way of telling what they’re going to do with it, but don’t be surprised if you’re spammed in the future or subscribed against your wishes to a premium rate mobile phone service.

Scammers don’t need to wait for the iPhone 5 to be released – they can start using it as bait right now.

8 comments on “Scammers reveal features of brand new iPhone 5.. or do they?”