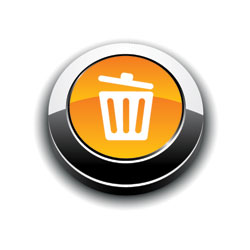 Hosting companies may start deleting MegaUpload users’ content from their servers – regardless of whether or not the content is legal – starting as soon as Thursday, February 2, according to a letter filed in federal court by U.S. Attorney Neil H. MacBride.

According to news reports, the letter was submitted on Friday in the Eastern District of Virginia. Although MegaUpload is based in Hong Kong, U.S. authorities claim to have the authority to act because some of the company’s leased servers are located in Virginia.

According to MegaUpload, millions of users store their own data, such as photos and personal documents, on the site.

The site had some 180 million registered users and was getting 50 million daily hits when U.S. prosecutors shut it down on January 19, indicting and arresting the owners for allegedly operating an organisation dedicated to piracy of movies, music and more.

Users who don’t have backup copies haven’t been able to get at their data since the shutdown, but they’ve held out hope that they could get it back. At this point it’s not looking good, even for owners of copyright-kosher data.

According to a report from The Associated Press, MegaUpload pays outside companies to store the data. An attorney for MegaUpload, Ira Rothken, said on Sunday that the government has frozen its money, according to the report.

The letter, filed on Friday, said that storage companies Carpathia Hosting Inc. and Cogent Communications Group Inc. may begin deleting user data on Thursday, given that government investigators have finished executing their search warrants at the storage centres.

MacBride wrote in the letter that the government copied some data but didn’t remove any. Now that the search is over, the government no longer has access to the servers, he said.

Meanwhile, MegaUpload users are howling over the loss of their data. TorrentFreak reported on Friday that Pirate Parties worldwide have begun to compile a list of users affected by the MegaUpload raids, and they are planning to file an official complaint against the FBI.

From the TorrentFreak report, here’s what the Pirate Parties had to say:

The widespread damage caused by the sudden closure of MegaUpload is unjustified and completely disproportionate to the aim intended.

For this reason Pirates of Catalonia, in collaboration with Pirate Parties International and other Pirate Parties, have begun investigating these potential breaches of law and will facilitate submission of complaints against the US authorities in as many countries as possible, to ensure a positive and just result.

This initiative is a starting point for legitimate internet users to help defend themselves from the legal abuses promoted by those wishing to aggressively lock away cultural materials for their own financial gain.

File sharing site TorrentFreak have started compiling a list of names to complain about the loss of non-pirated data.

The sand in the hourglass is running out for that data.

I won’t tell any MegaUpload users that they should have backed up any important data before sending it off into the cloud, because that would just be rubbing salt into what may soon be a gaping wound.

5 comments on “MegaUpload data could be deleted by Thursday”