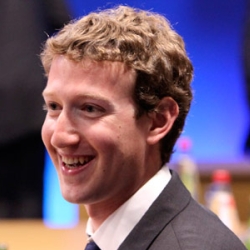 Facebook’s IPO is the most hyped initial public offering in years, with much speculation about just how many billions of dollars the social networking phenomenon will be valued at.

There’s no doubt that 27-year-old Mark Zuckerberg, the founder of Facebook, is going to become a very rich man – and will be able to buy an even larger wardrobe of hoodies.

So, congratulations to Zuck and his management team. Although we have often had our concerns about Facebook when it comes to their stand on privacy and security, there’s no doubt that they’ve done something extraordinary in commercial terms.

Facebook was only started seven years ago in Mark Zuckerberg’s Harvard dorm, and has gone on to claim more than 800 million users across the planet, most of whom have willingly shared their private information to feed a hungry advertising monster.

In short, more than 10% of the world’s population are freely telling Facebook what they’re reading, what movies they like, who they are friends with, where they live, and – indeed – what they’re thinking on a regular basis.

And that’s useful data to have access to, if you want to be more successful at selling stuff. When you know that much about a person, it makes it easier to ensure that any advertising you do to them is very very targeted.

So, give yourself a big pat on the back. After all, you’re the thing that’s being sold. Without you, Facebook is nothing. You understand the business model now. And maybe you have been excited by the rumours of Facebook’s imminent IPO. There’s an obvious question you might be asking yourself right now – should you buy some stock?

Well, ultimately, that decision is going to be down to you. But here’s a health warning.

With an IPO as hyped and widely anticipated as Facebook’s, there are bound to be some bad eggs trying to take advantage of the situation.

FINRA warned the public to be wary of unsolicited approaches that purported to offer access to shares of Facebook and other popular, well known private companies.

“Investors might think they are getting in on the ground floor of innovative social media companies, but instead find that they may have handed over real money for non-existent shares,” said John Gannon, FINRA’s senior vice president for investor education.

The opportunity for scams around Facebook’s IPO still remain today. I wouldn’t be at all surprised to see Facebook users duped into clicking on links and joining pages that offer them the gift of free Facebook stock for instance, as many people have still not learnt that there’s no such thing as a free lunch.

If you believe that Facebook has a strong future ahead of it, and do decide to invest in the company, please do so wisely and go through the appropriate channels. Look before you leap – and remember to be wary of deals that seem too good to be true or that arrive on your monitor unsolicited.

If you use Facebook and want to get an early warning about the latest scams and internet attacks, you should join the Sophos Facebook page where we have a thriving community of over 160,000 people.

2 comments on “Facebook IPO comes with a health warning”