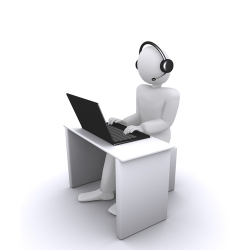 A recording of a confidential conference call between the FBI and UK law enforcement officers at the Metropolitan Police has been released by Anonymous on the internet.

The inference has to be that hackers were able to secretly access the call because they have compromised a police investigator’s email account.

The 16 minute conversation, which has been posted to a number of sites including YouTube, discusses ongoing investigations into hackers associated with Anonymous, AntiSec and LulzSec.

It appears that the spied-upon conference call took place on January 17th, as a confidential email giving the call-in details and passcode has also been published on the net. The email, entitled “Anon-Lulz International Coordination Call”, was sent to over 40 law enforcement officers in the USA, UK, Ireland, Netherlands, France and Sweden, although only a small number of people are on the conference call.

The assumption has to be that an Anonymous hacker had access to one of the recipients’ email accounts, and thus had secret access to the confidential call.

Whoever has uploaded the recording of the conference call has bleeped out names of some alleged hackers who have not yet been apprehended (leaving just their nicknames audible) but others are named in the call. For instance, Jake Davis (suspected by the authorities of being “Topiary”, the public face of the Anonymous and LulzSec hacktivist groups) and Ryan Cleary (who is alleged to have launched a DDoS attack on the Serious Organised Crime Agency’s website), are clearly named and their cases discussed.

No doubt the police authorities will be appalled to realise that the very people that they are trying to apprehend, could have been tuning in to their internal conversations.

And don’t make the mistake of thinking that a leak like this is in some way amusing. Can you put your hand on your heart and honestly say that your company takes greater care regarding the security of its conference calls? Can you be confident that someone unknown isn’t listening in to your private conversations?

UPDATE
The FBI and Scotland Yard have now confirmed that their internal conference call describing their investigation into Anonymous hackers was illegally intercepted, as was the email containing the conference call details.

Meanwhile, Anonymous hasn’t been able to resist taunting the FBI about the infiltration:

The #FBI might be curious how we're able to continuously read their internal comms for some time now. #OpInfiltration